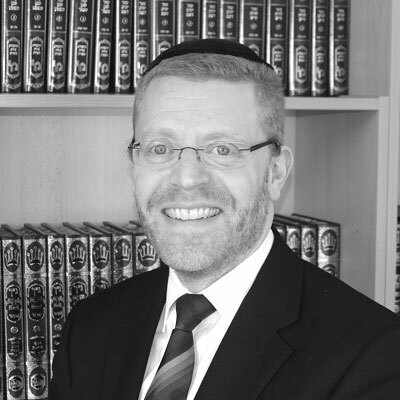 He has more than 20 years' experience in the rabbinate, and prior to joining BES was the rabbi of Ilford Federation Synagogue, Reading Hebrew Congregation and Hammersmith Synagogue.

He grew up in North West London and spent seven years at the London School of Jewish Studies (LSJS) where he attained a London University degree in Jewish Studies, as well as Semicha. He pursued further study at yeshivot Mir and Darchei Noam in Israel.

As the Children’s Rabbi, he regularly visits Jewish schools encouraging young people to ask questions about Judaism, and runs the childrensrabbi.com website.

Chaplain to the Mayor of Redbridge in 2014/15, Rabbi Chapper is actively involved in interfaith work. In 2009 he was appointed as a Justice of the Peace sitting at Redbridge Magistrate Court, the same year in which he graduated as an Ashdown Fellow.

Rabbi Chapper is a regular contributor to Jewish media and is a sought after public speaker. He is married to Eva and they have five sons.